Please call or email the hosting library to make arrangements to borrow.

The Boston Girl by Anita Diamant. Sponsored by the Woman's Service Club of Windham and hosted by Nesmith Library, Windham, 432-7154. 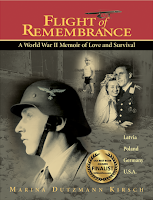 Flight of Remembrance: A World War II Memoir of Love and Survival by Marina Dutzmann Kirsch. Hosted by Jackson Public Library, 383-9731. The author, Marina Kirsch, lives in New Hampshire and is willing to make appearances!

The Pearl That Broke Its Shell by Nadia Hashimi. Hosted by Hampton Falls Free Library, 926-3682.

All kits that have been assigned are cataloged and ready to go, so, that means we are on the lookout for new sponsors! Please contact me, Diane Mayr, dmayr@nesmithlibrary.org if your library or group in interested in being a READS-TO-GO kit sponsor!

The KitKeeper program, which the READS board has purchased, is still a work in progress. Stay tuned...

Posted by KURIOUS KITTY at 1:45 PM